In Michigan paternity is governed by the Michigan Paternity Act, and it’s purpose is to give the circuit courts jurisdiction to compel and provide support to children who are born out of wedlock. Paternity in Michigan can be established voluntarily meaning that the other party acknowledges that they are the biological parent or a party may bring a lawsuit in the family court where the burden of proof is “preponderance of the evidence” meaning more a more than 50 percent. Genetic testing is used as a method of deciding paternity prior to trial. There is no longer a right to a jury trial under the Paternity Act for Michigan paternity cases.

If it is determined that a party is the genetic parent of a child in Michigan, an order of filiation will be entered, meaning that genetic parent will now be responsible for paying child support, medical expenses, including the medical expenses for the birth of the child, and health care insurance going forward.

In Michigan, there is a strong presumption that any child conceived or born to a married couple before the commencement of a divorce proceeding in Michigan is a legitimate child to both parties and this presumption can only be rebutted by clear and convincing evidence. A finding of fact in divorce decree that a child was born as part of the marriage establishes that child’s paternity

In certain cases, Michigan courts have given parental rights and obligations to a party that is not the biological parent of the child. This happens if a man knowingly marries a pregnant woman and assumes the status of the child’s father; this man might be barred from denying paternity in Michigan.

Acknowledgement of Parentage Act in Michigan

In Michigan, if paternity is acknowledged under the Acknowledgement of Parentage Act, meaning that the father voluntarily signs an affidavit of parentage, that child will now have the same legal relationship to the father as they do to the mother. It comes with the same legal status as if the child was born in wedlock, and this is retroactive to the day of the child’s birth. Michigan law will not allow a situation where there are two legal fathers of a child, one by order of filiation and one by acknowledgment. In a situation where father #1 has acknowledged paternity in an affidavit, this must be revoked before a court can give legal status to father #2 who is subsequently recognized as the legal father in Michigan.

In order to have the right to bring a suit for paternity in Michigan, the party must allege that a child was born out of wedlock. A putative father may run into difficulty in a situation where the mother and another man are married and live together when the child was born. A putative third-party father may also have difficulty bringing his lawsuit if the woman becomes pregnant during their relationship, but then the woman marries another man, and the baby is born during that new marriage. In Michigan the putative father finds himself in a difficult position due to the presumption in Michigan that any child conceived or born to a married couple before the commencement of a divorce proceeding is a legitimate child to both parties. Of course this presumption can be overcome by clear and convincing evidence.

Is Retroactive Modification of Support Allowed in Michigan?

The answer is typically no, unless the defendant was avoiding service of the suit or did something to discourage the petitioner from filing the paternity suit in Michigan. Although support modification is typically not granted, a defendant will be responsible for the medical expenses resulting from the birth of the child.

A complaint is filed and a summons is served like any other Michigan case, but there are special provisions involved under the Servicemember’s Civil Relief Act. The service member may not be available or able to respond to the suit, and an adjournment may need to be granted. It’s important that the service member have the same opportunity to respond as a non-service member who may be more readily available for an Michigan paternity suit.

Changing the Birth Records in Michigan

In Michigan, once an order of filiation is entered establishing paternity, the court clerk must notify the director of community health to correct the birth record of the child to include the father’s information. The mother may also request to change the child’s last name to reflect the father’s last name.

Can I have the other person pay my attorney and court fees in Michigan?

Yes, in Michigan paternity cases, a party may seek to recover attorney, blood testing, court and other reasonable fees from the other party.

Genetic testing is used in Michigan paternity suits prior to commencing trial. Blood testing can be voluntary or court ordered. If a party refuses to take a test, a Michigan family division court may enter a default judgment meaning that the party refusing simply loses by default.

A DNA test can either exclude 99 percent or more of falsely accused males or give a probability of paternity for those males that cannot be excluded. The testing is looking for genetic markers that would have been passed on by the alleged father to the child. A potential father will either be excluded by the test or deemed a high likelihood status of being the father.

If a Michigan DNA test excludes a father, the paternity case will be dismissed, if the test result is a high probability that he is the father, the father will usually admit to the paternity. If the case is not resolved in one of these two ways, the case will go to trial where the blood tests are admissible evidence.

In Michigan, if a qualified person testifies to a paternity test of 99 percent or higher, paternity is presumed, and the father now has the burden of proof to rebut this presumption, which can be quite difficult. 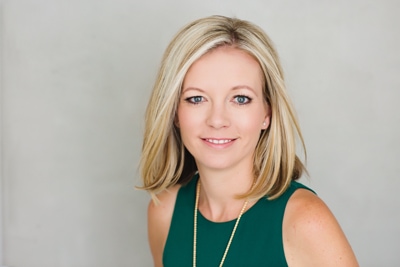 To have one of our experienced attorneys contact you, please fill out our confidential form below.
Page load link
Go to Top