Underage drinking in the United States is a common social phenomenon. From high school parties in a parent’s basement, to college campuses everywhere, curious teenagers are more likely than not to experiment with alcohol at some point. Unfortunately, this experimentation carries the risk of bad decisions and legal trouble. For example, anyone under the age of 21 that’s caught with alcohol can be charged with a Minor in Possession of Alcohol (MIP) offense.

This offense may seem like a “slap on the wrist;” however, under new Michigan MIP laws, subsequent MIP charges after the first offense may be considered misdemeanor offenses punishable by up to a year in jail. 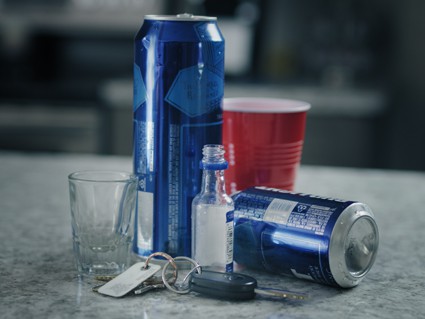 MINOR IN POSSESSION OF ALCOHOL (MIP)

Unlike a Civil Infraction where you’d receive for speeding ticket, a Michigan MIP Civil Infraction comes with a lot of strings attached. Specifically, even for a first offense under subsection (1) of Michigan’s MIP State Civil Infraction, a minor can still be ordered to participate in substance use disorder services which includes both preventative services and rehabilitative services, see MCL 333.6230(c); the minor could also be ordered to submit to a Substance Abuse Screening and Assessment (which is a self-reported inquiry used to evaluate your client’s substance abuse problems or lack thereof); and the minor could also be ordered to complete an unspecified number of community service hours.

Michigan law, MCL 436.1703(7), requires police officers to first obtain a minor’s consent or a court order before attempting to administer a preliminary chemical breath test (PBT). There is no penalty (fine/ticket/points) for a non-driving minor who does not agree to take a PBT.

Teen Tips: Be Smart. Don’t show up drunk to school events. Don’t piss off the limo driver – they will call the police (and you’re pretty much already held captive). Don’t miss the dance for a drink. Thank your parents for the new independence that comes with graduation – and don’t blow it by getting busted after graduation and before the first semester of college. When in doubt, #CallKelly

Do not take these tickets lightly. An MIP may seem like a “slap on the wrist;” however, there are new laws in the State of Michigan that take into account subsequent charges and treat MIP’s as misdemeanors. Our lawyers have extensive experience in cases involving juveniles, minors, and alcohol related offenses. We help ensure that an MIP charge does not become a nightmare for your family.