DUI & DWI: What’s the Difference in the State of Michigan?

In fact, in 2010 more than 1.4 million US drivers were arrested for driving under the influence of narcotics or alcohol. Almost everyone understands the dangers of drinking and driving; however, few understand that there are various classifications and penalties depending on the type of drunk driving offense.

For example, people who drink and drive might receive a DUI or DWI charge. DUI stands for driving under the influence of alcohol or other drugs. On the other hand, DWI stands for driving while intoxicated or impaired. There are several key differences between a DUI v.s DWI in the State of Michigan. It’s important to know more about these terms because they have different criminal penalties and fines attached to them. 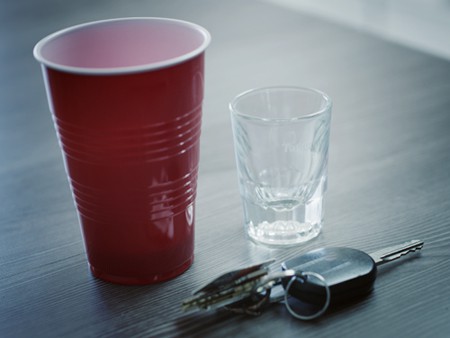 It’s important to know that these acronyms differ from state to state. For example, in Michigan, a DUI charge means driving under the influence of alcohol or other drugs. Although this is the most commonly used term, the proper acronym for this charge in Michigan is OWI which stands for “operating while intoxicated”.

A person who drives a motor vehicle while having a blood alcohol content of 0.08% (legal limit) or higher can receive an OWI charge. This applies whether you’re driving a car, boat, or any other type of motorized vehicle. A DUI charge is similar to OWI which means operating a vehicle while under the influence of alcohol over the legal limit. DUI refers to car-related incidents while OWI can also involve a watercraft or other motorized vehicles.

Apart from OWI charges, the state has other types of terms used to describe a situation when a person is driving under the influence of alcohol or drugs. For example, there’s also an OWVI charge which stands for “operating while visibly impaired”. You might receive such a charge from a police officer who considers that you’re not capable of operating a motor vehicle safely, regardless of blood alcohol levels.

OWVI charges are less severe than OWI charges. For example, even if you had just one beer or glass of wine, you can still receive an OWVI charge. Police officers who stop you and consider that you’re a dangerous driver don’t need any proof of your blood alcohol content to charge you with an OWVI. Because of the wide discretion given to officers for OWVI charges, many individuals can unfairly be charged. That’s why it is so vital for individuals to have a good attorney specializing in drunk driving offenses to fight for their case and minimize the penalty received.

Other Driving-Related Charges in Michigan

Some charges involve individuals who are under the influence of drugs, not alcohol while driving their vehicles. For example, an OWPD charge stands for “operating with the presence of drugs”. You can receive this charge if you have Schedule 1 illegal narcotics in your system. These substances are more dangerous than alcohol and you might obtain a misdemeanor charge no matter the number of illegal drugs in your body.

Schedule 1 illegal narcotics are substances which are not used for medical purposes. They are also highly addictive and can be abused easily by people of all ages. Substances such as marijuana, LSD, heroin, can significantly impair a person’s judgment and driving abilities and that’s why they are considered to be more dangerous than plain alcohol.

What Are the Penalties for OWI and OWVI Charges?

A person who doesn’t have any other convictions in the last 7 years is considered to be a first offender if he receives an OWI or OWVI charge. These charges can result in different penalties, depending on the gravity of the situation. For example, drivers who receive either a first time OWI or an OWVI charge can face up to 93 days in jail. If the OWI involved a blood alcohol content of over 0.17% then the jail time can be up to 180 days.

Not all drivers receive jail time, however. Some can be charged with up to 360 hours of community service whether they receive an OWI or OWVI. It’s possible for offenders to also receive fines for their crimes. For example, a first-time offender charged with OWI can pay up to $500 or up to $700 if the blood alcohol content was over 0.17%. For an OWVI, the fine can be up to $300 for the first time.

There are also rare cases when the vehicle involved in the DUI incident can be immobilized for 180 days or forfeited. This usually happens when the offender has received multiple OWI charges and his blood alcohol content was far higher than the legal limit. The authorities can also suspend the driving license of the person in question for a certain number of days.

In addition to jail time, fines and community service, most OWI charges can result in a 180-days license suspension. If the blood alcohol content was very high, this suspension can stretch up to one year. When all of these penalties are combined, it makes for an exceptionally difficult situation for those convicted of these charges, effectively preventing them from having a normal life.

What to Do If You Receive an OWI or OWVI Charge?

The first thing a person should realize when they are facing OWI or OWVI charges is that they’re not alone. Everyone makes mistakes while driving, however these mistakes should be learned from instead of repeated. From there, it’s time to hire an attorney who is experienced in this kind of law. They can help get the most lenient sentencing possible.

Michigan drivers who have been charged with a DUI, OWI or OWVI shouldn’t be confused by these terms. Discussing the situation with an experienced DUI attorney will help an individual fully understand the predicament you’re in. Our office of expert attorneys have helped many clients get positive results when they have been involved in drunk driving related arrests. For further information regarding drunk driving offenses, we have published aQ&A interview session about the topic.