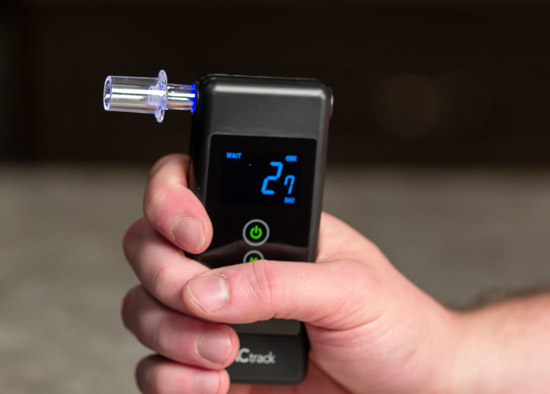 Being pulled over by a police officer for suspected DUI is one of the most stressful experiences a person can face in their lives. There are multiple field tests officers perform to assess a suspect’s level of intoxication, one of which is the preliminary breath test (PBT Test). Although this test has questionable accuracy, it is still admissible in court and therefore is something to be concerned about for anyone suspected of DUI.

What to Know About The PBT Test

Under Michigan’s drunk driving statutes, a preliminary breath test is admissible in court except for certain circumstances. This means that the results of a PBT may be used by either the prosecution of the defense in court as evidence of the driver’s breath alcohol content at the time they were driving. Because of this, PBTs should be taken seriously and it’s important for an individual to know their rights when asked to submit to these tests.

During the course of a traffic stop, if the officer has reasonable cause to suspect that the driver in question is under the influence of alcohol, then that officer can request that a motorist submit to a PBT. Something most citizens are now aware of is that they can refuse a PBT, and only face a civil infraction carrying a minimal fine (no more than $200). Refusing to take this test will not add points to or penalize your license, nor will it cause an abstract to be generated with the Michigan Secretary of State.

PBT devices can give inaccurate readings depending on when they were last calibrated. Generally speaking, these devices need to be calibrated a minimum of every 30 days. For devices that see heavy use, many officers calibrate them before every use. Even with regular calibration, there can be a variance of up to 12% in readings. In order to account for this, it is proper to take multiple readings and average them out to get the true reading – however most officers only take a single reading during their roadside investigation.

Something else to consider is that while these devices measure the amount of alcohol in a person’s breath, the detection of alcohol doesn’t always mean it’s from the individual drinking. Some people with medical conditions such as diabetes or acid-reflux can have false-positives on PBT tests due to their bodies producing enzymes that may be misread as ethyl alcohol by the device. Auto-brewery syndrome is a rare but valid culprit of false-positive readings as well. This is caused by the body automatically producing alcohol as a result of a disorder in the gut. While technically the person would be intoxicated, it would be through no fault of their own and isn’t a result of drinking.

Considering the inaccuracy of these PBT devices and the potential for being convicted on false evidence, it is strongly recommended in all cases to decline the test and pay the fine levied by the court at a later date. While the $200 fine is inconvenient, it is far less expensive and burdensome than being wrongly convicted of a DUI in Michigan.