Are Text Messages Admissible in Court

Are Text Messages Admissible in Court

Can Text Messages Be Used In a Family Law Case?

When it comes to issues such as divorce and child custody, emotions often run high. It’s not uncommon for spouses to send emotionally charged text messages without fully considering the potential ramifications. Before clicking the “send” button, it’s important to consider the question, “are text messages admissible in court?”

The short answer is yes, text messages can be used against you in your family law case. Continue reading to understand more on this topic. 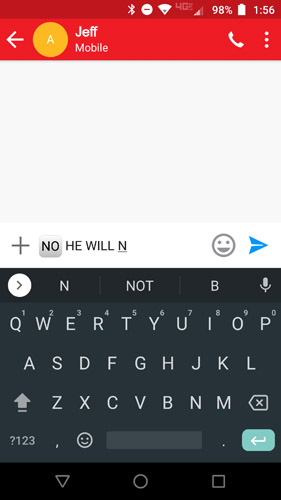 While the State of Michigan has rules of evidence that must be followed in order to have text messages formally admitted into evidence at trial or during an evidentiary hearing, text messages, emails, and other messages or posts on social media are often used in family law cases to demonstrate patterns of behavior, certain character traits, or even to establish the occurrence of certain events.

These messages may be attached to motions at the outset or during the pendency of your case, they can be used at mediation to entice settlement, and they will almost certainly be used to try to place you in a negative light, if at all possible.

According to Michigan’s Rules of Evidence Rule 901,

“(a) General provision. The requirement of authentication or identification as a condition precedent to admissibility is satisfied by evidence sufficient to support a finding that the matter in question is what its proponent claims. (b) Illustrations. By way of illustration only, and not by way of limitation, the following are examples of authentication or identification conforming with the requirements of this rule… (4) Distinctive characteristics and the like. Appearance, contents, substance, internal patterns, or other distinctive characteristics, taken in conjunction with circumstances.” (Michigan Rules of Evidence, 2018, Rule 901 Requirement of Authentication or Identification).

In other words, these messages can be admitted in the context of authenticating or identifying specific characteristics or patterns. For example, if one spouse contends that the other spouse is abusive, they’re required to provide evidence to support this claim. Angry or hostile text messages could possibly be used as evidence in these cases.

Remember, when people are going through a divorce, or are in the midst of a custody battle or parenting time dispute, they will often use whatever “evidence” they may have in order to bolster their case, or in an attempt to destroy the other party’s character.

Do not fall victim to this tactic by sending any text message, email, or posting anything on social media that can be misconstrued or used to attack your character. A mantra I like to instill in my clients is: “text, email, and post on social media as if every word will be read aloud in court someday.”

As family law & divorce lawyers with over 30 years’ experience, we’ve witnessed almost every tactic used in family court. Some of these cases can get nasty and the opposing party will use whatever means necessary to establish their case.

If you have further questions on this topic or are going through a divorce or custody battle, contact the family law firm of Kelly & Kelly P.C. today.